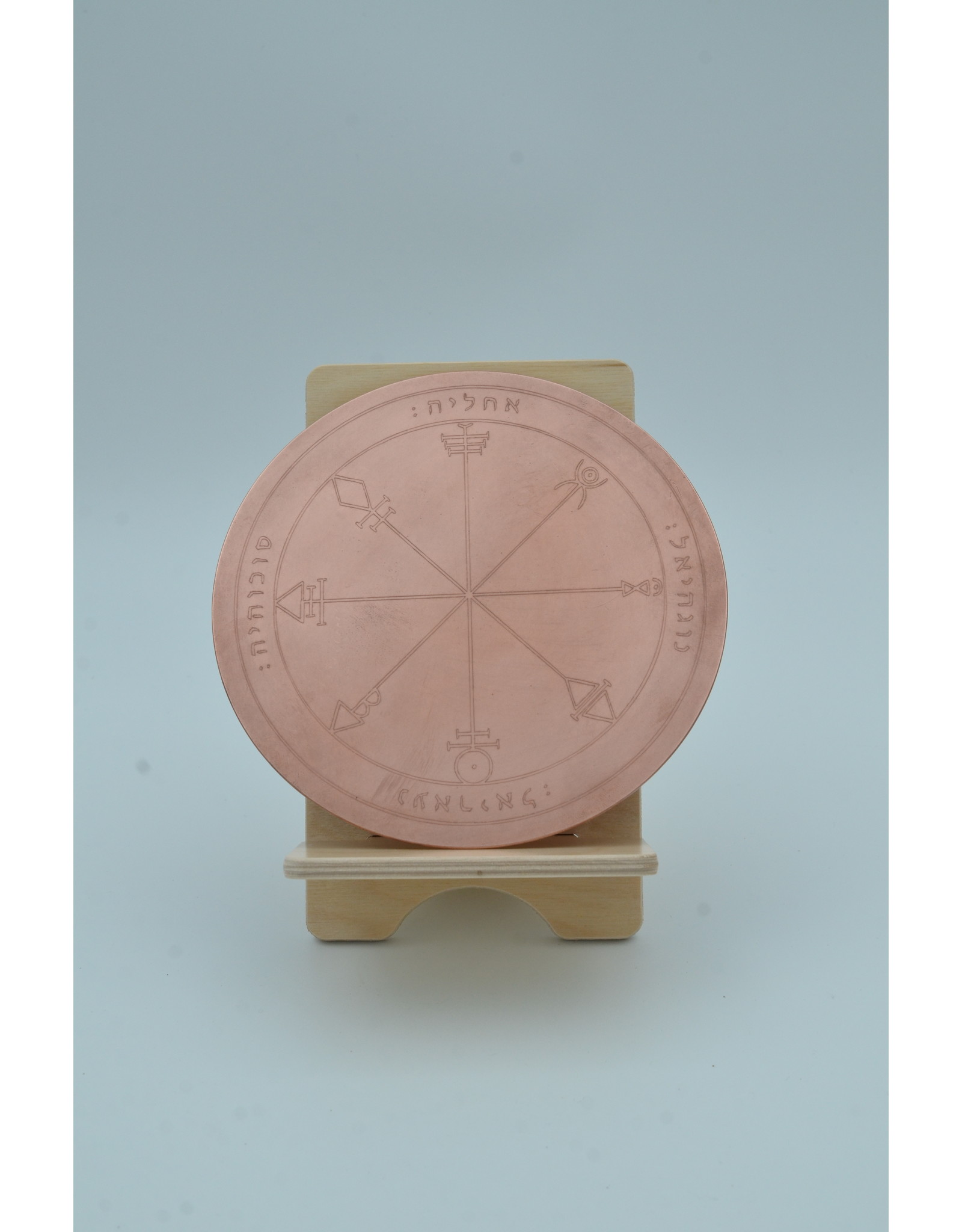 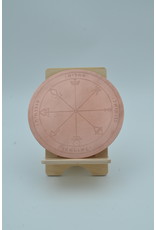 This is a reproduction of a talisman design found in the Key of Solomon, a grimoire of ceremonial magic attributed to King Solomon. Containing influences of Hermetic alchemy, Roman Astrology and Kabbalah, Solomon's magic is a cornerstone of the Western Esoteric occult tradition. The grimoire explains: This and those following serve to control the Spirits of Venus, and especially those herein written. Venus is associated with love, relationships and beauty. Samuel Liddell MacGregor Mathers, a ceremonial magician and editor of the most common edition of the book, further describes: Mystical Characters of Venus, and the Names of the Angels Nogahiel, Acheliah, Socodiah and Nangariel.