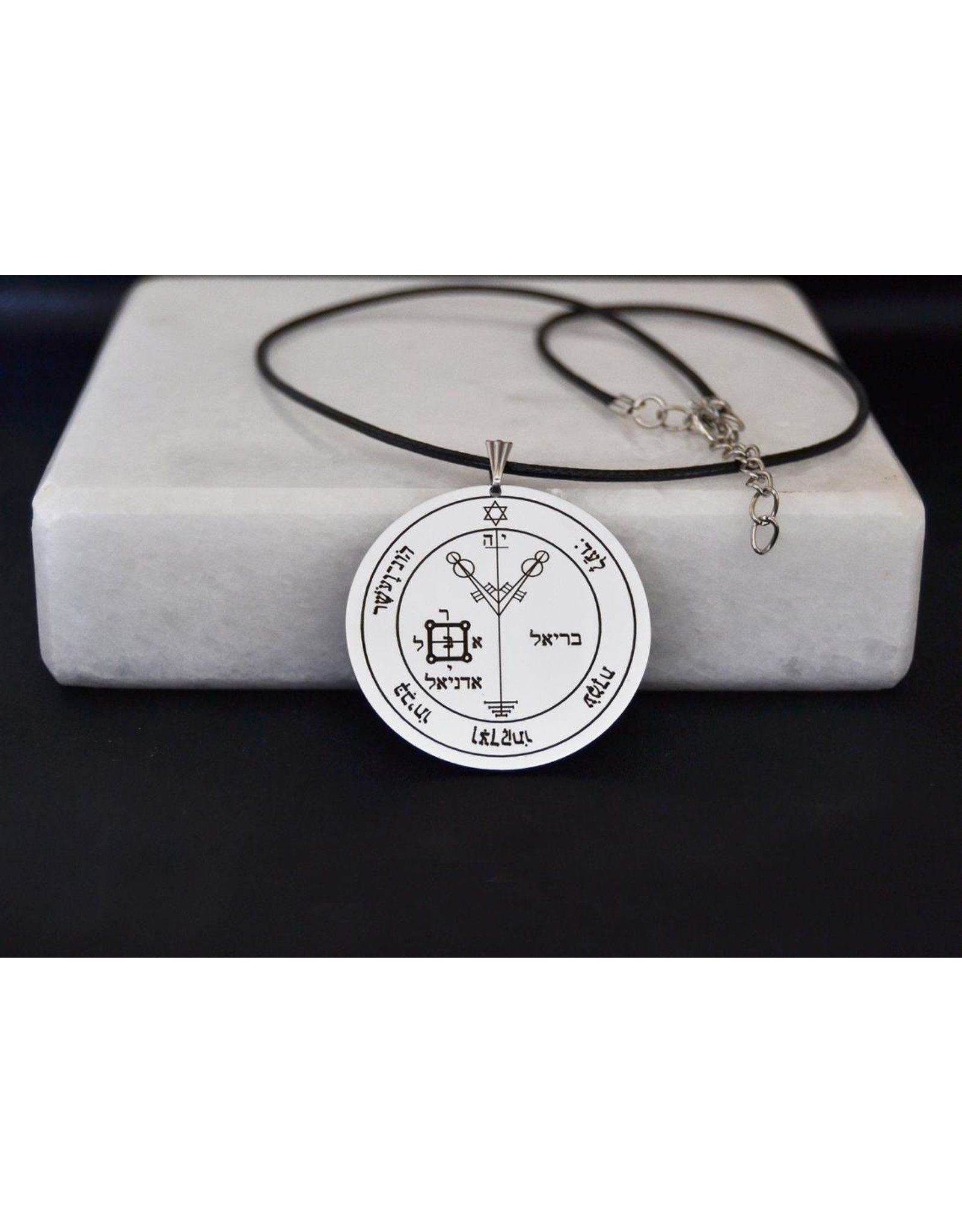 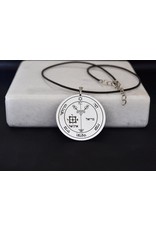 The 4th Pentacle of Jupiter helps to achieve prosperity, respect and fame. The pentacle gives the wearer, wealth, honor and health.The pentagram is divided in two in the upper part is written the name of God Y-H and in the right part is written the name of the Angel Bariel, in the left part there is asquare with the letters which include the name Bariel and under the name of Adaniel.The verse 3 of Psalm 112 is engraved around the pentacle, which reads: "Honor and wealth in his house, his justice remains forever." It is supplied together with its cord and has been exclusively redesigned completely and created by hand, scrupulously observing that each Hebrew letter corresponds to the original verse of the Psalm