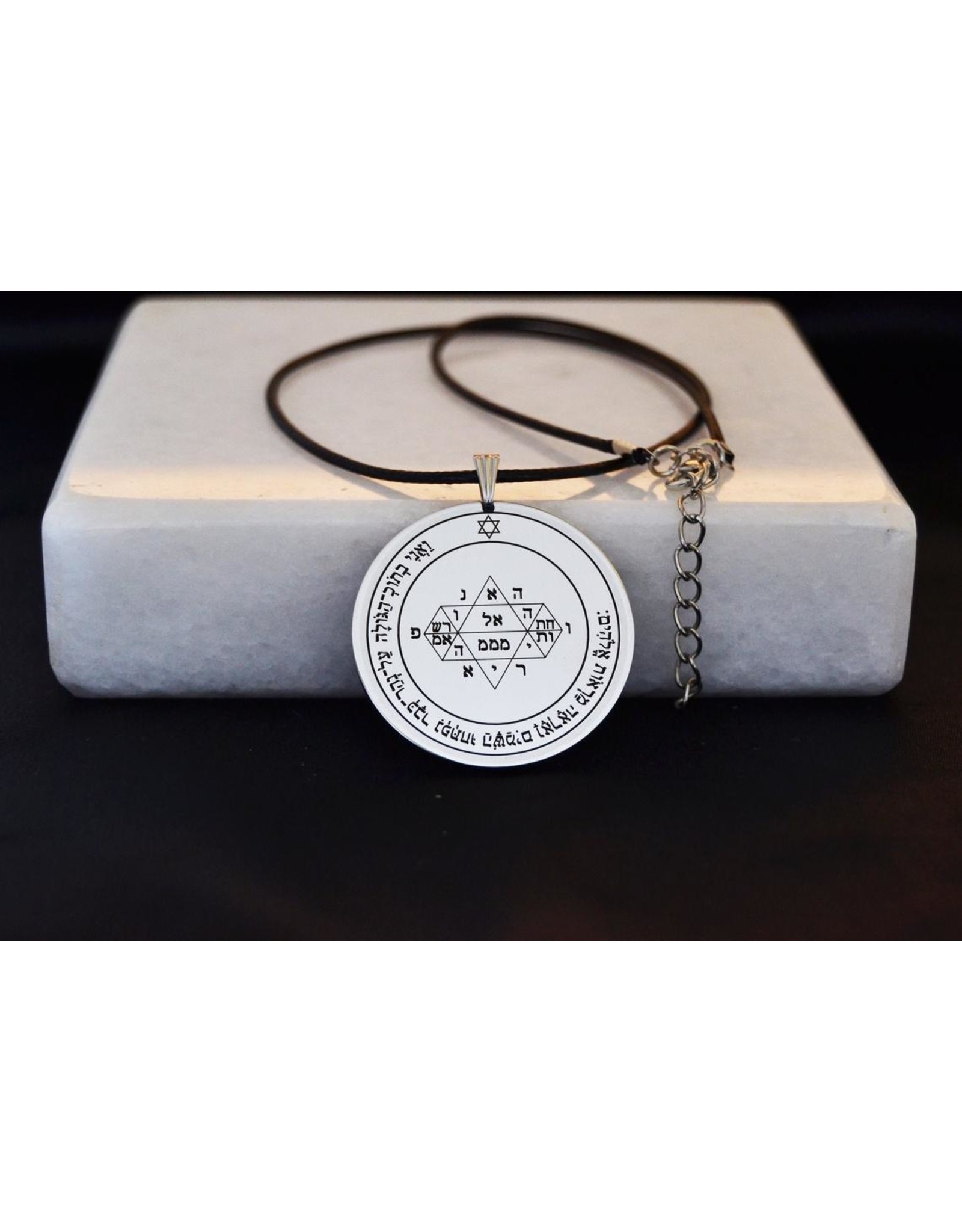 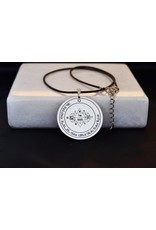 The fifth Pentacle of Jupiter perfects the gift of transcendental vision (like Jacob who knew the code of the ladder to heaven in his dream)It is said that the patriarch Jacob was in possession of this Pentacle Symbol when he dreamed of the sacred ladder.The letters found inside the Pentacle were taken from the book of Ezekiel Chapter 1, verse 1, which are found around the pentacle itself which reads: "while I was among the deportees on the banks of the river Chebar, the heavens opened and I had divine visions." While wearing the Pentacle already consecrated by us if we repeat the verse every day we will also obtain protection against the dangers of the world. The pentacle is supplied with its cord and has been exclusively redesigned completely and created by hand, scrupulously observing that each Hebrew letter corresponds to the original verse of Solomon's key.