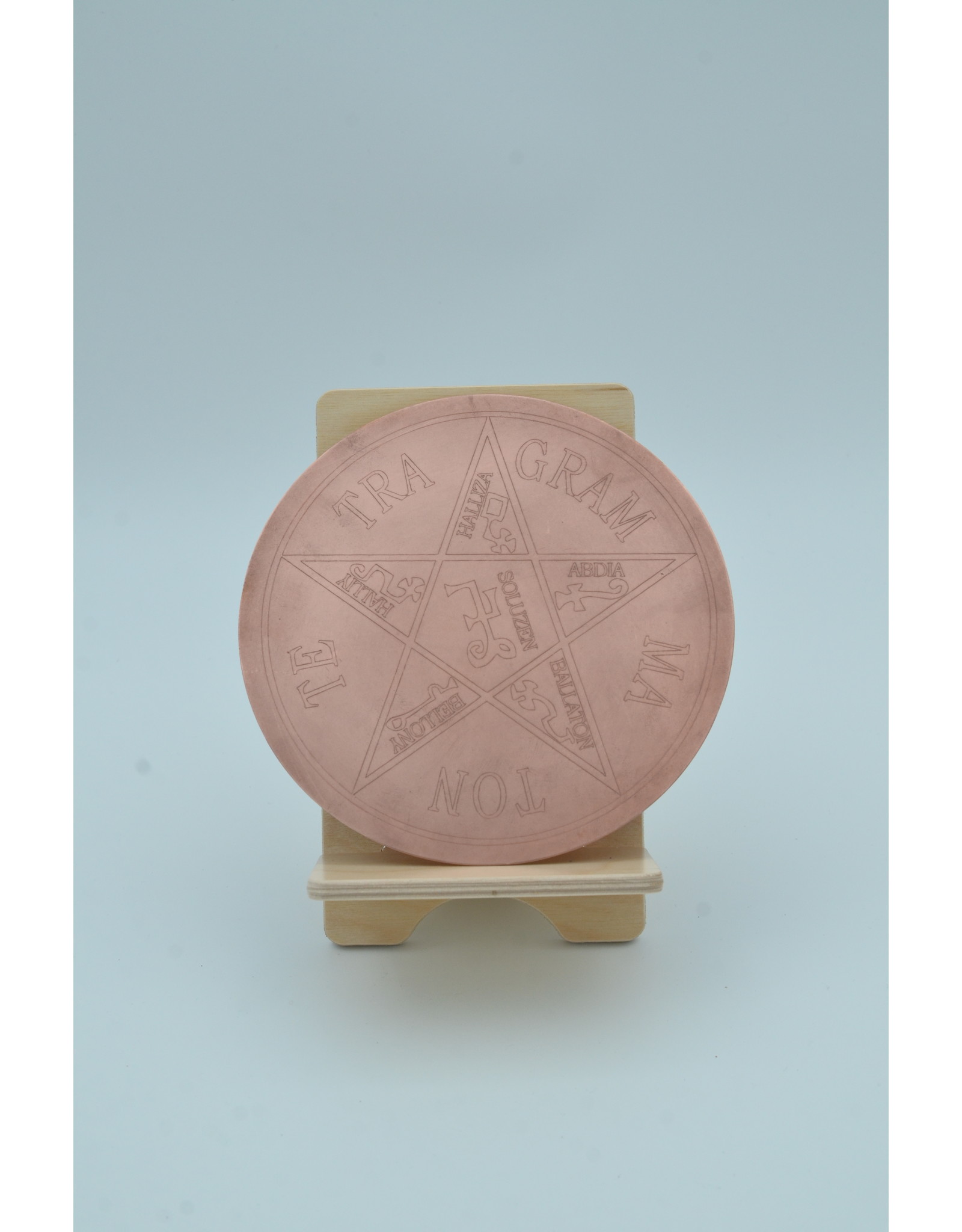 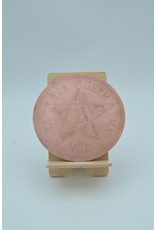 The Tetragrammaton, the ineffable name of God, is a magical formulae used in Jewish and Western Esoteric traditions. Eliphas Levi, a ceremonial magician, devised this specific design. The pentagram, a five-pointed star, is sacred geometry and a protective symbol used by various spiritual traditions throughout time. To the Pythagoreans, it represented mathematical perfection. In medieval Christian times, it represented the five wounds of Christ and the five senses, and was incorporated into the motifs of churches as a ward against evil. It is an important symbol in Hermetic and Ceremonial Magick, and is the religious symbol of Wicca and Neo-pagan traditions. In magical application, the symbol represents the four elements (earth, air, fire, water), with the top point representing Spirit.