A Modern Herbal Volume I

Home / A Modern Herbal Volume I 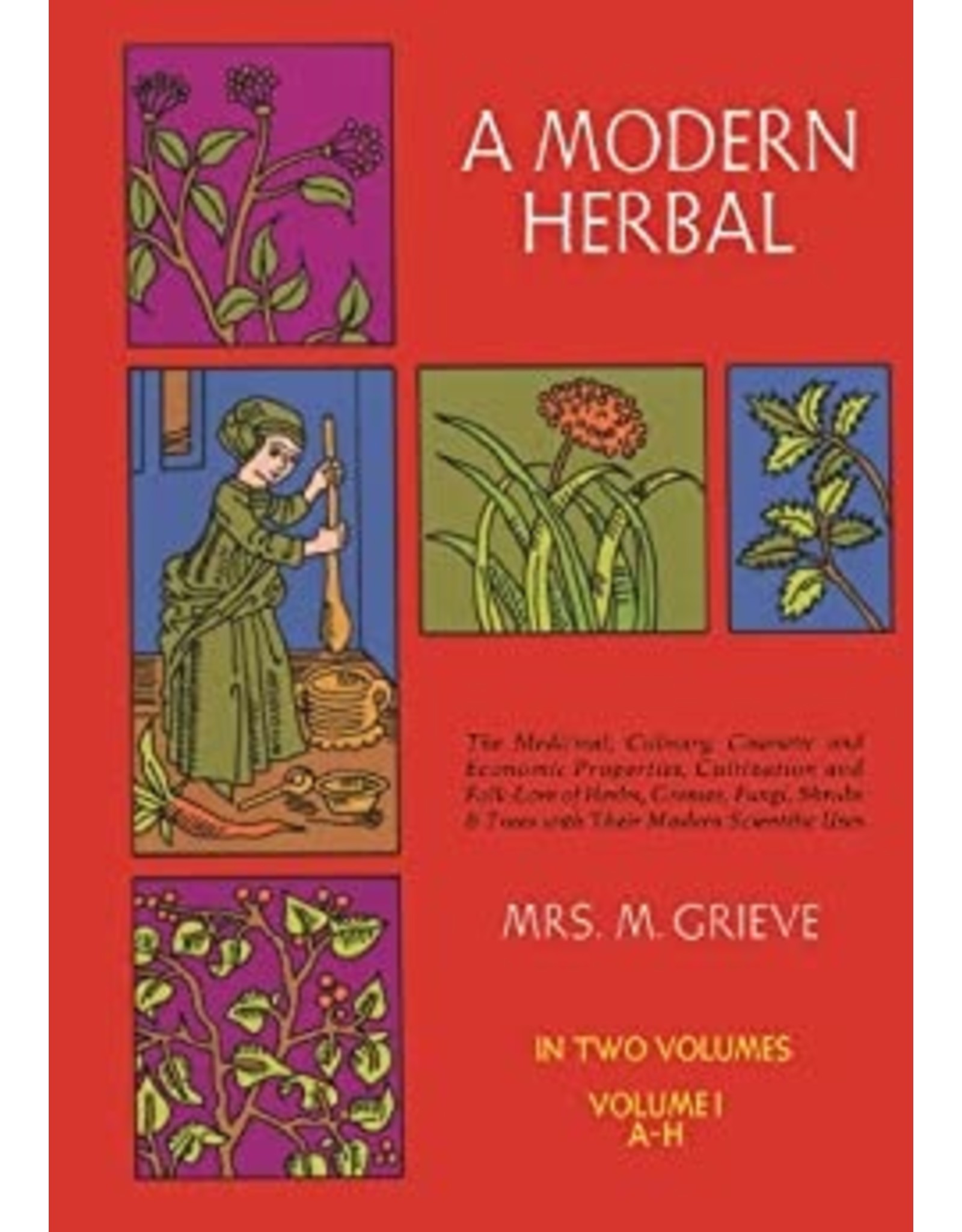 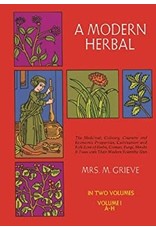 "There is not one page of this enchanting book which does not contain something to interest the common reader as well as the serious student. Regarded simply as a history of flowers, it adds to the joys of the country." — B. E. Todd, Spectator.
If you want to know how pleurisy root, lungwort, and abscess root got their names, how poison ivy used to treat rheumatism, or how garlic guarded against the Bubonic Plague, consult A Modern Herbal. This 20th-century version of the medieval Herbalis as rich in scientific fact and folklore as its predecessors and is equally encyclopedic in coverage. From aconite to zedoary, not an herb, grass, fungus, shrub or tree is overlooked; and strange and wonderful discoveries about even the most common of plants await the reader.
Traditionally, an herbal combined the folk beliefs and tales about plants, the medicinal properties (and parts used) of the herbs, and their botanical classification. But Mrs. Grieve has extended and enlarged the tradition; her coverage of asafetida, bearberry, broom, chamomile, chickweed, dandelion, dock, elecampane, almond, eyebright, fenugreek, moss, fern, figwort, gentian, Hart's tongue, indigo, acacia, jaborandi, kava kava, lavender, pimpernel, rhubarb, squill, sage, thyme, sarsaparilla, unicorn root, valerian, woundwort, yew, etc. — more than 800 varieties in all — includes in addition methods of cultivation; the chemical constituents, dosages, and preparations of extracts and tinctures, unknown to earlier herbalists; possible economic and cosmetic properties, and detailed illustrations, from root to bud, of 161 plants.
Of the many exceptional plants covered in Herbal, perhaps the most fascinating are the poisonous varieties — hemlock, poison oak, aconite, etc. — whose poisons, in certain cases, serve medical purposes and whose antidotes (if known) are given in detail. And of the many unique features, perhaps the most interesting are the hundreds of recipes and instructions for making ointments, lotions, sauces, wines, and fruit brandies like bilberry and carrot jam, elderberry and mint vinegar, sagina sauce, and cucumber lotion for sunburn; and the hundreds of prescriptions for tonics and liniments for bronchitis, arthritis, dropsy, jaundice, nervous tension, skin disease, and other ailments. 96 plates, 161 illustrations.