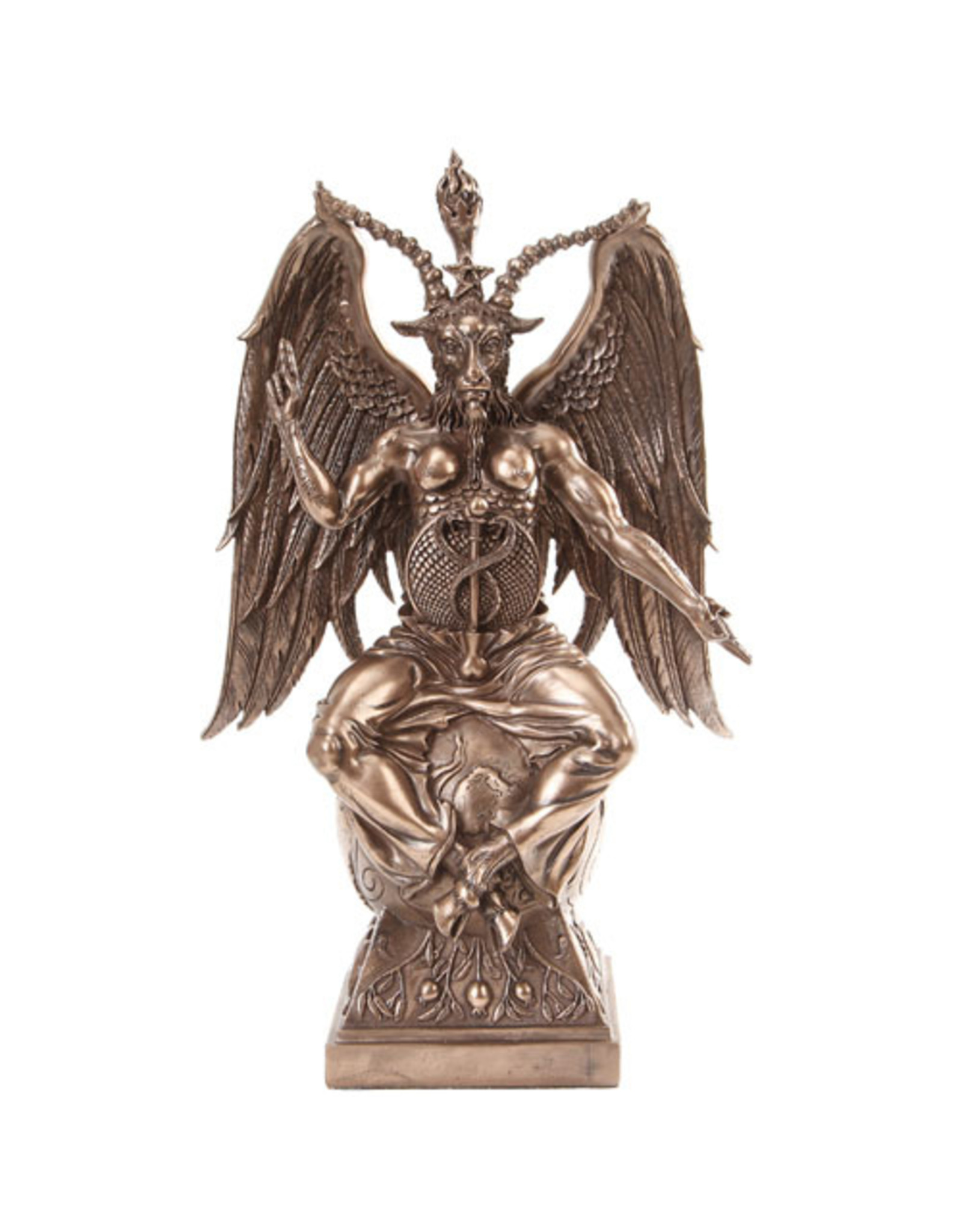 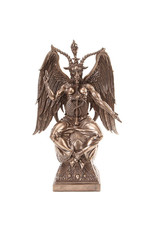 The statue is modeled after the 19th century image of a Sabbatic Goat, created by Eliphas Levi. The arms bear the Latin words SOLVE (separate) and COAGULA (join together), i.e., the power of "binding and loosing.

The name Baphomet appeared in trial transcripts for the Inquisition of the Knights Templar starting in 1307. It first came into popular English usage in the 19th century during debate and speculation on the reasons for the suppression of the Templars.

Since 1856, the name Baphomet has been associated with a "Sabbatic Goat" image drawn by Eliphas Levi which contains binary elements representing the "sum total of the universe" (e.g. male and female, good and evil, on and off, etc.). On one hand, Lévi's intention was to symbolize his concept of "the equilibrium of the opposites" that was essential to his magnetistic notion of the Astral Light; on the other hand, the Baphomet represents a tradition that should result in a perfect social order.