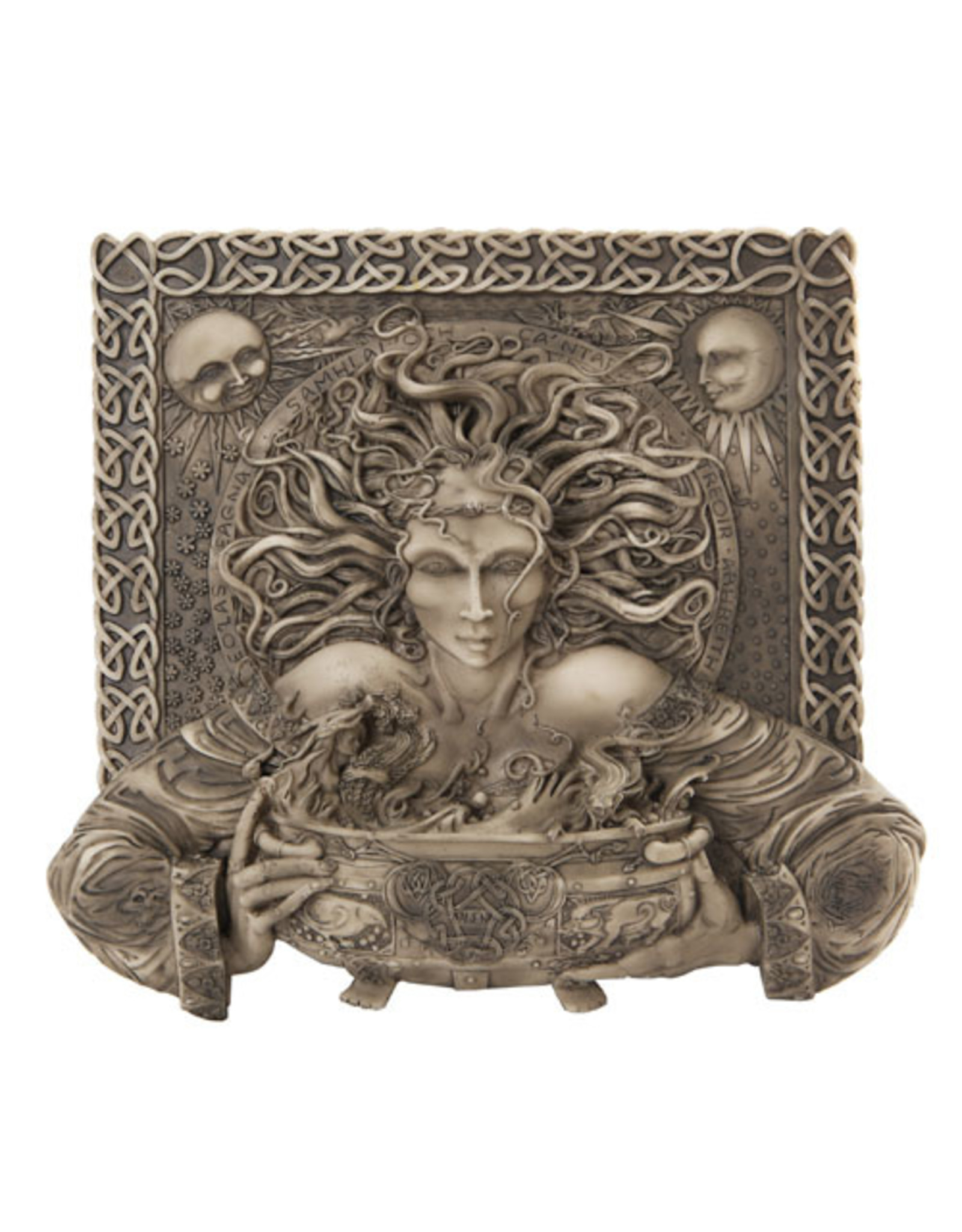 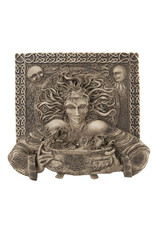 According to the late medieval Tale of Taliesin, included in some modern editions of the Mabinogion, Cerridwen's son, Morfran (also called Afagddu), was hideously ugly, so Cerridwen sought to make him wise in compensation. She made a potion in her magical cauldron to grant the gift of wisdom and poetic inspiration, also called Awen. The mixture had to be boiled for a year and a day. She set Morda, a blind man, to tend the fire beneath the cauldron, while Gwion Bach, a young boy, stirred the concoction. The first three drops of liquid from this potion gave wisdom; the rest was a fatal poison. Three hot drops spilled onto Gwion's thumb as he stirred, burning him. He instinctively put his thumb in his mouth, and gained the wisdom and knowledge Cerridwen had intended for her son. Realising that Cerridwen would be angry, Gwion fled. Cerridwen chased him. Using the powers of the potion he turned himself into a hare. She became a greyhound. He became a fish and jumped into a river. She transformed into an otter. He turned into a bird; she became a hawk. Finally, he turned into a single grain of corn. She then became a hen and, being a Goddess (or enchantress, depending on the version of the tale), she found and ate him without trouble. But because of the potion he was not destroyed. When Cerridwen became pregnant, she knew it was Gwion and resolved to kill the child when he was born. However, when he was born, he was so beautiful that she couldn't do it. She threw him in the ocean instead, sewing him inside a leather-skin bag (or set him in a coracle, depending on the story). The child did not die, but was rescued on a Welsh shore – near Aberdyfi according to most versions of the tale – by a prince named Elffin ap Gwyddno; the reborn infant grew to became the legendary bard Taliesin.