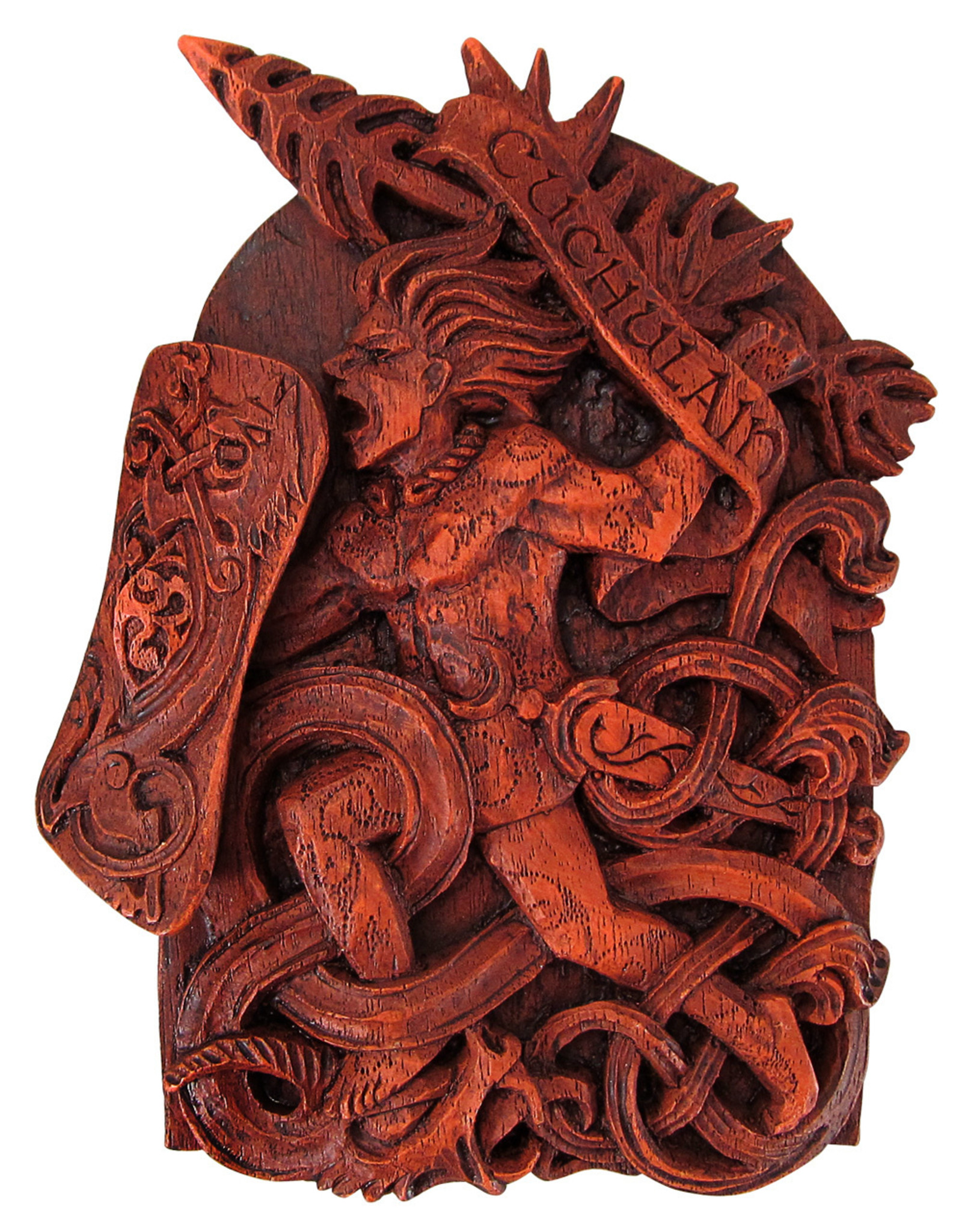 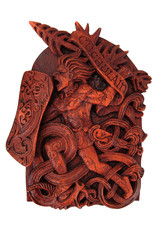 Cuchulain was an ancient warrior of the Red Branch in Ulster, Ireland. He was trained by the woman warrior Scathach. His original name was Setanta. He changed it to Cuchulain which means "hound of Chulain" as a "geis" or pledge after he killed Chulain's hunting dog. He was believed to be the son of the Sun God Lugh. In this particular image he is single handedly fighting the warriors of his arch enemy Queen Maeve of Connacht. Morrigan to assist in the battle becomes an eel and tries to trip him at the ford. Cuchlain wins anyway wounding the Morrigan terribly and later in the stories she tricks him into healing her. He is wielding Gae Bolg which was a great weapon taken from the body of a sea monster which had 32 barbs on it. He can be called on for strength, stamina, perseverance, protection and guidance in overcoming overwhelming odds.