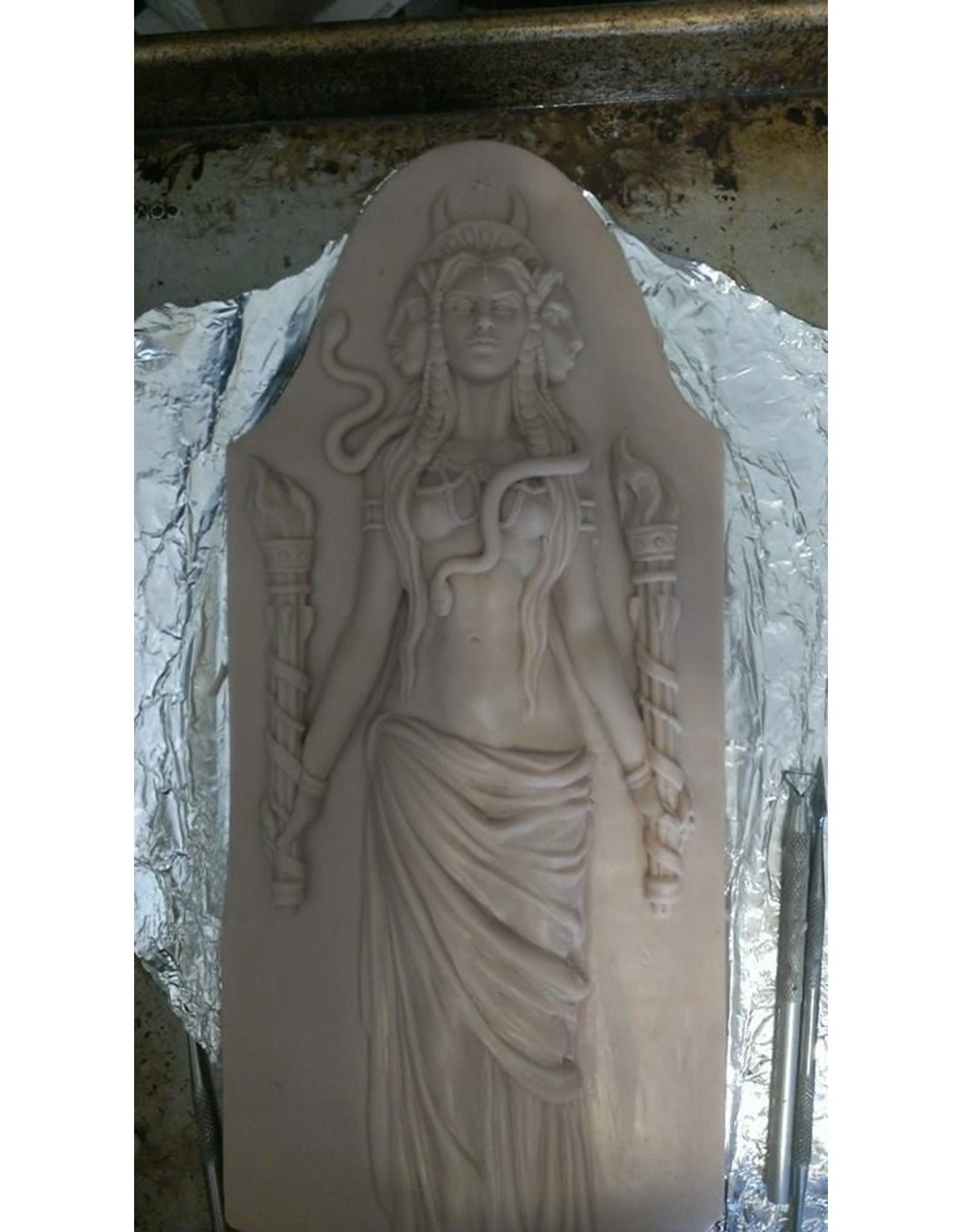 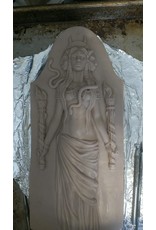 No goddess has been associated with witchcraft more than the goddess Hekate. Her mighty lamps hold the Witch Flame, a power She bestows upon Her followers. Here She is depicted as Unconquerable Queen of Witches crowned in the crescent moon and star, Her ancient symbol from Byzantine. She bares Her breasts, a sacred ritual of witchcraft recounted by Medea, a feature shared by many Underworld goddesses such as the Erinyes and Persephone. She stands flanked by two powerful herbs, aconite and datura, whose history stretches far back into antiquity. Honor this powerful goddess and let Her preside over all your magical endeavors!

Dark artist Jeff Cullen has been sculpting for the occult community for 5 years and his work has been featured in exhibitions, museums, magazines, and have been received world wide. His unique take on gods and spirits comes from his 20 years of experience as a practicing witch and Hellenic polytheist. Relying on ancient sources and trance channeling, he brings obscure cults into the modern world.