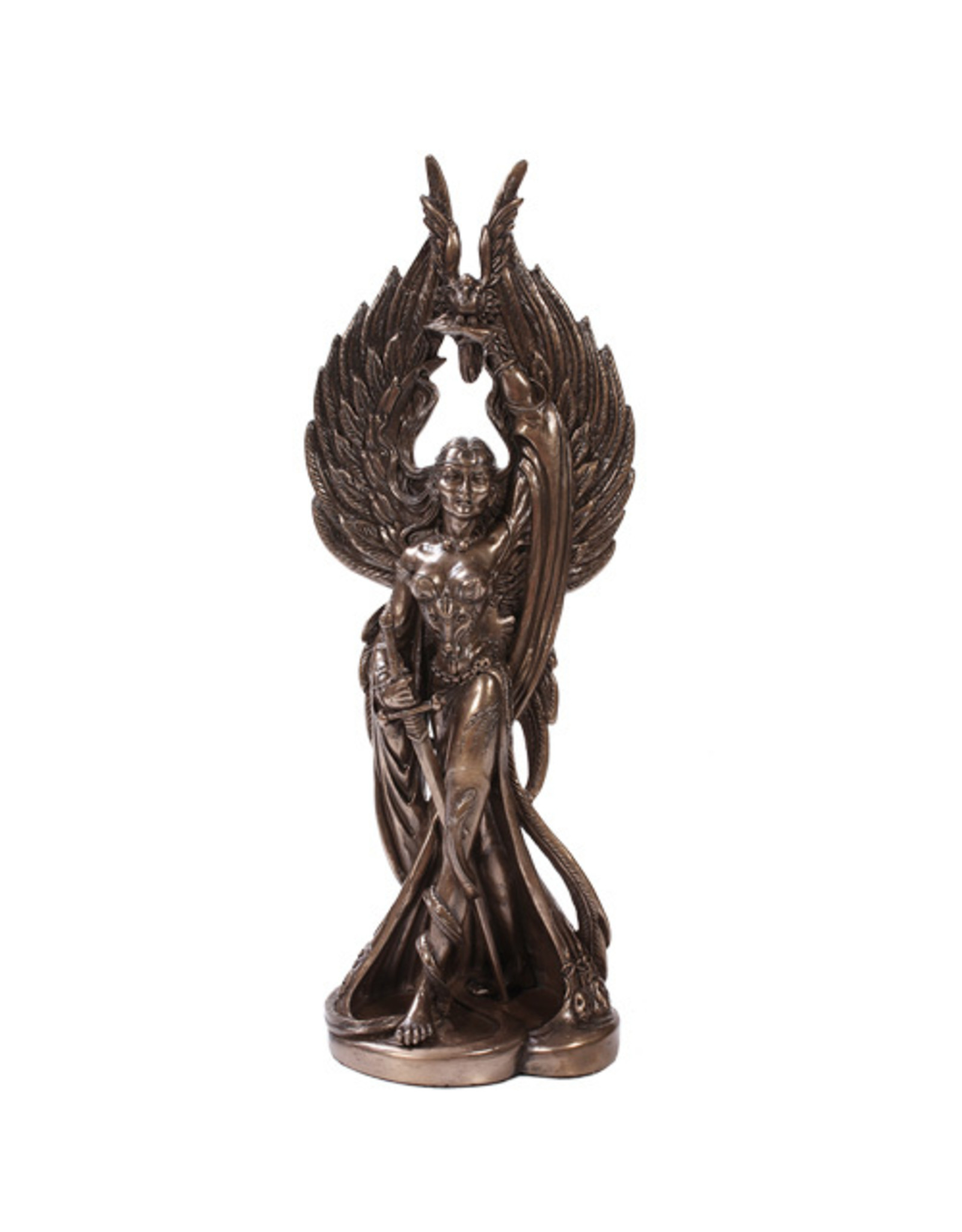 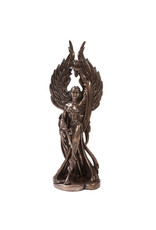 The Morrigan ("phantom queen") or Morrigan ("great queen") is a figure from Irish mythology. The primary themes associated with the Morrigan are battle, strife, and sovereignty. She sometimes appears in the form of a crow, flying above the warriors, and in the Ulster Cycle she also takes the forms of an eel, a wolf and a cow. She is generally considered a war deity comparable with the Germanic Valkyries, although her association with a cow may also suggest a role connected with wealth and the land. She is often depicted as a trio of individuals, all sisters