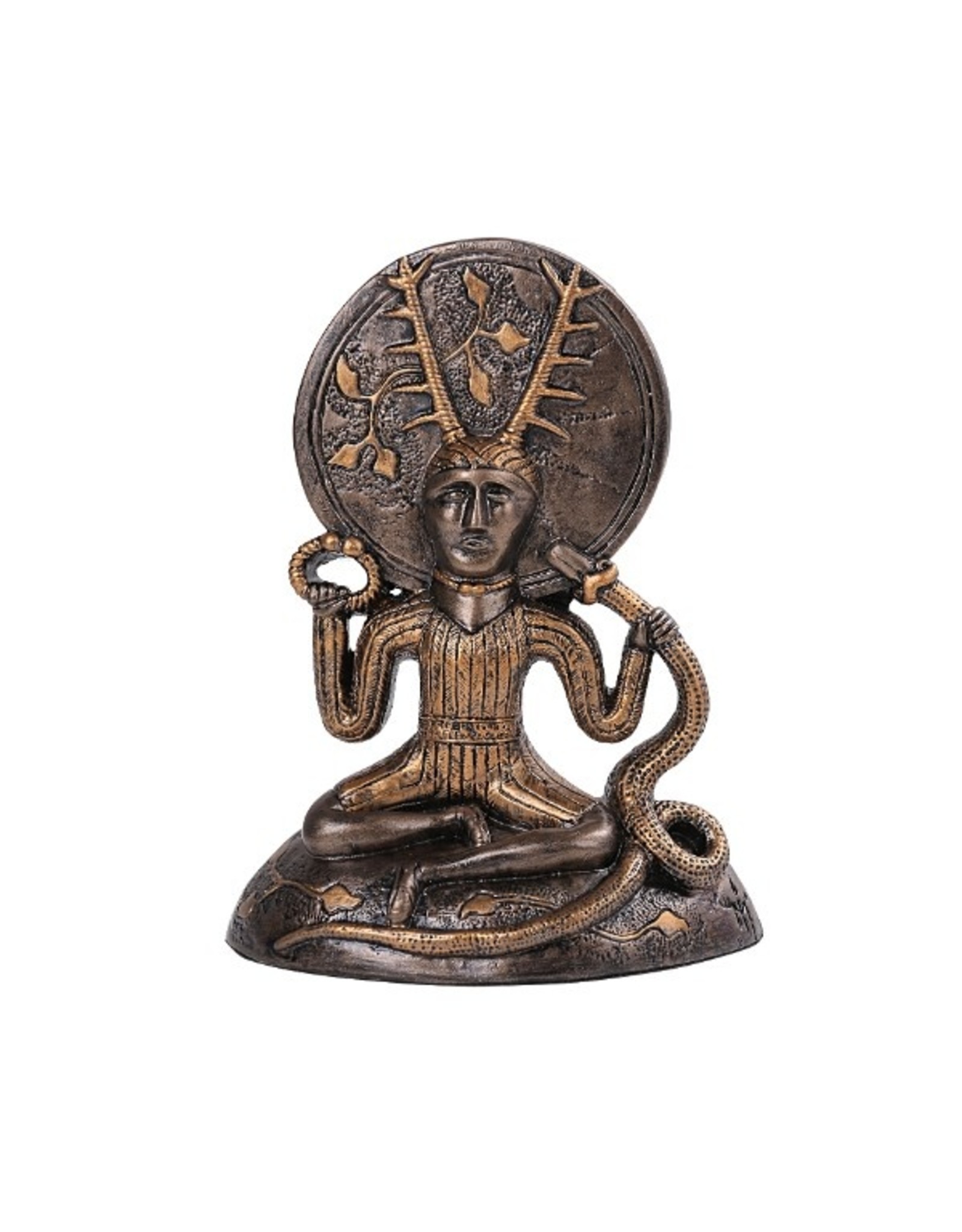 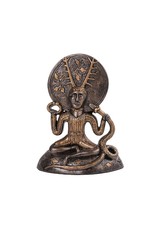 The Celtic Father of Animals, with his companion Stag and Boar, is an archetype of mature masculine energy in balance with the natural world. Taken from the Gundestrup cauldron, this image shows the forest god in his typical yogic pose of meditative entrancement with nature. Around his neck Kernunnos wears the torc, commemorating his sacred marriage as husbandman to Mother Earth; with his right hand he bestows upon viewers a torc of initiation. Held under control in his intuitive left hand is the ram-headed serpent connoting male sexual power and vitality.